A PESTLE analysis of the airline industry:

The economic recession in the last decade shook the entire industry. There were very few sectors that could perform well in the face of economic turbulence. Even the airline industry was deeply affected. Except for these economic fluctuations, both the world economy and the global airline industry have been doing well. Since 1980, this industry has grown at an average rate of around 5%. This growth rate is expected to sustain. Globally, it is predicted that the aviation industry will grow consistently at a  rate of 4.5 to 5%. Apart from the recession, the Asian and European economies have been affected by other harsh and mild economic declines too. Still, the industry has continued to perform relatively well. The global forecast by Airbus for 2016-2035 highlights that the demand is going to increase in the coming years. It forecasts that the demand for passenger and freighter air-crafts will rise.

As per an IATA report, there has been a 7.1% increase in passenger demand from 2015 to 2016. This is higher than 2014-15. This growth is also expected to continue. Air traffic itself is expected to grow at a rate of 4.5% annually. At this rate, at least 33000 new air-crafts will be needed in the next 20 years. Not just this, the number of pilots needed in the next 20 years exceeds 500,000. Economic factors are a major influence on the airline industry. However, there are several other factors of importance as well. These factors can be social, technological, political and even legal in nature. Their effect on the industry can be deep. A PESTEL analysis of the aviation industry will show how deeply they influence it.

Read: IMPACT OF CORONAVIRUS ON AVIATION

Political factors can generally vary between nations. However, the aviation industry is global and spans the entire globe.   As per an industry report, it globally generated $709 billion in 2016. Government regulations address concerns like safety, passenger security, and several other issues. In the US, the deregulation took place in 1978 which reduced the number of restrictions related to flight operations. With it, the popularity of air travel rose, boosting revenue. Deregulation eliminated the regulations related to prices and entry into domestic markets.  However, the situation is not the same in all the markets. Some of them are still heavily regulated. In several of them, the bilateral agreements are still highly restrictive. This limits competition and revenue. Moreover, international flights are more heavily regulated than domestic flights.

Air transport provides several important benefits both socially and economically. As such, a large number of governments have focused on generating value by partnering with airline companies. The regulatory environment has been relaxed in several markets leading to increased partnership. It can be beneficial for both governments and companies as well as passengers. However, globally the businesses and corporate travelers are also enjoying the benefits. Industrial regulation in a harmonized manner profits the entire world. Increased government regulation affects the industry negatively. It is obvious that government regulation or political factors play an important role in determining the growth and proliferation of the airline industry. Over time one thing has gotten absolutely clear; growth of the airlines has benefited governments, businesses and individual passengers. Airlines add speed to trade. This produces economic benefits and in turn, benefits the entire society. So, there is a need to strengthen the partnership between the government and the industry. Organizations like the International Civil Aviation Organization are working to deepen this relationship.

Economic factors are also an important influence on the airline industry. The industry has seen several downturns. Airlines companies were impacted deeply by the recent recession and slow economic growth thereafter. Since the 1930s, it was the recent downturn that hurt the airline industry most deeply. The air travel markets saw a low in early 2009. Both premium and economy travel saw a decline. However, it was premium travel that was more badly affected. Both travelers and the industry were forced to adopt cost-cutting measures. The recession did not just influence the profits; but also employment. Most airlines were forced to reduce prices and to retrench. Many thousands of jobs were lost.

The economic recession left behind a few positive effects also. The crisis changed the companies’ style of business. Prices were reduced and service standards raised. The boom in low-cost carriers has made air travel cheaper for the masses. Overall, the impact has been positive. Now that the economic recession is past, the industry must grow consistently. The aviation industry is not immune to economic pressures. It has from time to time been forced to adjust per changing economic conditions. However, a lot of growth is expected in the coming years from maturing economies like Asia. The latent demand for air travel in Chinese markets has increased. This provides opportunities as well as challenges. Obviously, the importance of economic factors in the case of the airline industry cannot be overlooked.

Airlines create social value just as the other businesses do. There are several industries that profit from the airline industry. In particular, it is the hospitality industry globally which depends heavily on transports. The industry impacts and is impacted by social forces. Airlines companies stimulated the demand for air travel by reducing prices. They created employment. The result has been an improvement in their social image. The mutually beneficial relationship between the airline industry and society should be seen in this context. However, social trends have a major impact on the aviation industry in other ways too. People are seeing the industry in a new light. It is now seen as a carrier for the masses. The social perception of air travel has changed. It is being seen as safer and convenient. Moreover, as the people’s awareness of technology increased they were drawn towards air travel in larger numbers. The number of professional travelers also increased. There are a large number of social changes that have proved positive for the airline industry. This explains the relationship between the society and the industry. Social factors, as a result, acquire a major value in the context of the aviation industry. Events like disasters and wars also have an impact on the airline industry. Whether it was the 9/11 terrorist attacks or other disasters, the impact has been severe for the airline industry. Not just this, the travel preferences of the millennial generation are also favorable for it.

Technological factors’ importance can be understood from the heavy use of technology in aviation. Both the travelers and the companies know how great a role it plays. Technology means speed but also convenience and safety. Whether it is air traffic or passenger safety, the role of technology is critical. The world wide web has also brought higher profits and revenues. Most of the bookings take place online. Even the aircraft are enabled by best in class technology. Best in class technology means lighter aircraft that provide both fuel economy and speed. However, it also means convenient interiors and a safer journey. In terms of safety too, they are more reliable and efficient. Whether it is a commercial passenger carrier or a freights carrier, technology affects profits. As technological changes continue, airlines continue to gain by increased safety of air travel. Both Boeing and Airbus are focused on the use of innovative technology to make air travel safer and economic.

The effect of ecological factors on the airline industry might be higher than in most industries. Fuel is a major expenditure for it. As a result, these companies invest more in fuel-efficient and environment-friendly carriers. The efforts to reduce emissions had started back in the 1960s. The earliest efforts were focused on reducing the smoke from the engines. The earlier air-crafts emitted visible smoke that was dangerous. The industry invests in research and development so as to bring more efficient and environment-friendly air-crafts. It is focused on reducing its emissions and carbon footprint. Billions are spent by these companies on R&D.

Just like the political or economic factors, the legal factors are of special importance in the context of the airline industry. There are several laws related to air traffic and passenger safety. Particularly passenger safety is an important area. In this regard, the airlines are held liable for air crashes or any other kind of disaster. Air transport is also regulated by several acts that are of importance. New laws have been enforced regarding how the airlines treat their passengers. Particularly, in the US the laws related to the convenience of the travelers are quite strict.

Abhijeet has been blogging on educational topics and business research since 2016. He graduated with a Hons. in English literature from BRABU and an MBA from the Asia-Pacific Institute of Management, New Delhi. He likes to blog and share his knowledge and research in business management, marketing, literature and other areas with his readers. 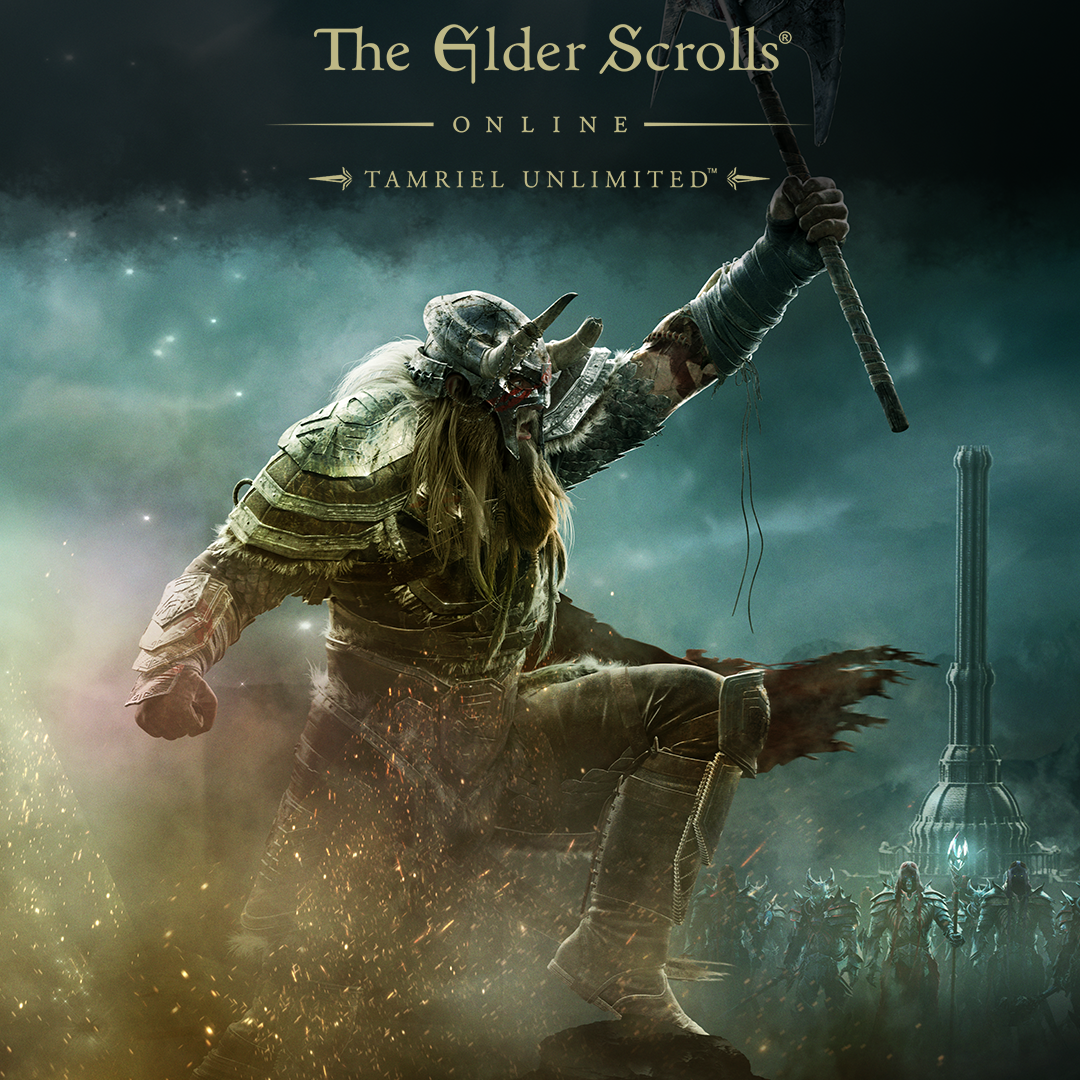